According to a report in Thursday’s HICKORY DAILY RECORD, the parents of a Taylorsville woman charged with murder say have received threatening phone calls. 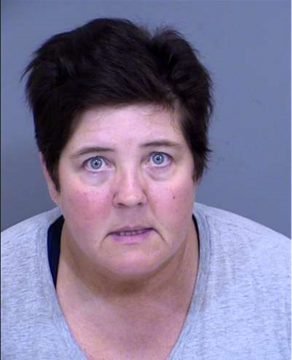 Tangela Parker is charged with the fatal shooting of Michelle Marlow at TCS Designs in Hickory in January. Parker and her husband Eric Parker evaded police for six months following the fatal shooting. The two were captured in Arizona.

On Wednesday, Tangela Parker’s attorney Victoria Jayne told Judge W. Todd Pomeroy that a member of the Marlow family called Parker’s parents to threaten them. “(Parker’s parents) called to tell me that someone associated with the Marlow family has made calls to them to the effect that they would be idiots if they got my client out of jail and she better stay where she is,” Jayne said.

Judge Lisa Bell granted Tangela Parker a $250,000 bond on Sept. 8 with the condition that only Parker’s parents could pay it.

Jayne said the parents did report the call to law enforcement and the authorities are investigating.

Following the hearing, Marlow’s husband Justin Marlow said no one in his family has made calls to threaten Parker’s parents that he is aware of.