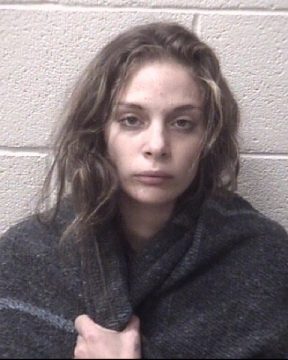 A teen is in custody after attempting to flee from officers overnight in Alexander County.

Around 9:20pm, a vehicle was spotted by an Alexander County Sheriff’s Deputy operating in a reckless manner on Highway 90 East of Taylorsville. When the officer attempted to stop the vehicle, the driver fled at a high rate of speed. Other Deputies joined in the chase that traveled onto White Plains Church Road and Rocky Springs Road. The pursuit would end when the suspect vehicle went off the roadway and into a wooded area off Poole Goodin Road.

The driver was identified as 18-year old Shayann Nicole Crouse of Taylorsville. She did not suffer serious injuries as the result of the crash and was taken into custody. Crouse is charged with felony flee to elude arrest with a motor vehicle, careless and reckless driving, and driving while license revoked. A secured bond was set at $10,000. Crouse remains in the Alexander County Detention Center.

A male passenger in the vehicle was not injured and was not charged.