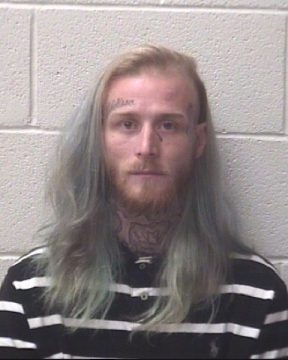 Following a traffic stop, Codey James Matheson, age 30 of Taylorsville, was arrested on Tuesday by Alexander County Sheriff’s Deputies. Matheson was found hiding in the trunck of a vehicle. He’s charged with felony conspiracy, possession of a weapon by a felon, misdemeanor probation violation and resisting arrest. The felony conspiracy charge involves sending contraband through the mail to inmates at the Alexander County Jail. Matheson is being held in the Alexander County Detention Center with a secured bond of $35,000. A June 13th court date is scheduled.