A Stony Point man already in jail is now facing a series of felony charges including sex crimes with a minor, kidnapping, stalking, and human trafficking.

The following is a release from the Iredell County Sheriff’s Office: 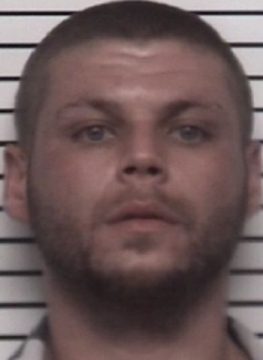 In September, a report was filed with the Iredell County Sheriff’s Office in regards to two females being sexually assaulted by 30-year old William Joshua Byard of Stony Point. The case was assigned to Detective Sergeant K. Campbell of the Special Victim’s Unit. One of the victims is a minor and disclosed that she was sexually assaulted and identified Byard as the suspect. The second victim was interviewed and she also reported having been sexually assaulted by Byard.

Based on evidence and statements gathered throughout the investigation Detective Campbell obtained warrants on Byard for two counts of Human Trafficking, Felony Statutory Rape of a Minor 15 years old or less, and Felony Kidnapping.

The investigation revealed that Byard had violated a domestic violence protection order during the act of committing the offenses. Due to Byard violating the Domestic Violence Protection Order and having already been convicted for violating the protection order in the past Detective Campbell obtained another charge on Byard for Felony Stalking.

Byard was served these warrants on November 10th 2021 at the Iredell County Detention Center where he was already being held on unrelated charges. Byard was taken before Magistrate H. Callejas where he was given a $1,000,000.00 secure bond.

Detective Campbell located the victim of the previous case who was now an adult and was able to conduct an interview at this time. Evidence was discovered that corroborated details provided by the victim in this interview. Based on the evidence obtained throughout this investigation Detective Campbell obtained six felony charges on Byard for Felony Sexual Activity by a Substitute Parent.