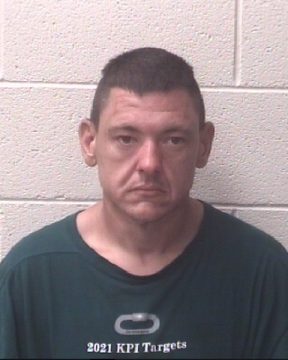 Alexander County Sheriff’s Deputies served arrest warrants on a man they’re very familiar with on Monday and placed him in custody.

37-year old Dana Dewayne Mitchem of Stony Point was wanted by authorities in Catawba County for larceny and breaking and entering. He was wanted in Iredell County for probation violation, and in Alexander County for felony theft of a motor vehcile. He is currently being held in the Alexander County Detention Center with a secured bond of $35,000.

Mitchem has been arrested at least 13 times by the Alexander County Sheriff’s Office since 2010. He has been also been charged multiple times by Taylorsville Police and by agencies in Caldwell, Catawba, and Iredell Counties. Currently there are at least 39 pending charges against Mitchem.