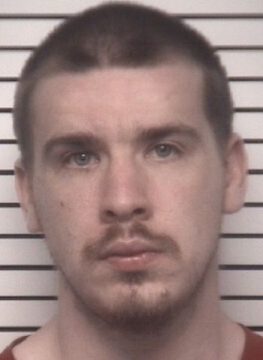 26-year-old Mickey Wayne Roseman, Jr. of Statesville has been arrested by Iredell County Sheriff’s Officers on charges of felony possession of a stolen motor vehicle and misdemeanor possession of stolen property.

On Saturday, July 3, an Iredell Deputy conducted a traffic stop at the intersection of West Garner Bagnal Boulevard near Newton Drive for a motor vehicle violation. The Deputy spoke with the driver, Mickey Wayne Roseman, Jr. According to the Deputy, Roseman became evasive with his answers.
The Deputy ran the vehicle information through a database and learned that the license plate and vehicle were stolen. The vehicle was reported stolen earlier in the day in Davie County.

Roseman was arrested on the scene and taken to the Iredell County Detention Center where he was jailed under a $15,000 secured bond. The Davie County Sheriff’s Office has also charged Roseman with felony breaking & entering a building with intent to commit felony larceny, felony larceny of a motor vehicle, felony larceny after breaking & entering, and misdemeanor injury to real property. He was given an additional $30,000 secured bond on those charges. District Court appearances were scheduled for July 26 in Iredell County and for August 5 in Davie County.

Roseman has a criminal history that includes three felony counts of breaking & entering and single felony counts of larceny of a motor vehicle, larceny, and indecent liberties with a child, plus two counts of felony assault on a detention employee with physical injury. He was released from prison on June 26th and is on parole for felony larceny and felony indecent liberties with a child.

The North Carolina Department of Adult Corrections has identified Roseman as a verified member of the Folks Nation Gang.