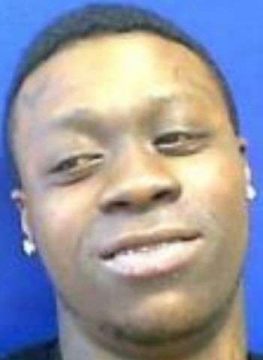 Barker is charged in connection to the armed robbery of the D&D Express/Market Basket on Salisbury Road on May 6, 2022. Following a two-month search for Barker, he was found hiding in a closet in an apartment at Signal Hill Apartments Tuesday.

At approximately 8:30 p.m. May 6, Statesville Police Investigators responded to the Market Basket store to investigate a reported robbery. Witnesses said a person came into the store completely covered from head to toe and that individual was acting strange. The suspect stayed in the store for a period of time then approached the counter.

When the suspect heard the store clerk open the cash register, he pulled out pistol from his waistband, pointed it at the clerk, and told her to give him the money. The store clerk ran across the street to call 911. Based on witness statements, video surveillance, and physical evidence collected, Barker was identified as the suspect and a warrant for robbery with firearms or dangerous weapons was obtained on May 26.

After nearly two months of attempting to locate Barker, Statesville Police learned that he was at the Signal Hill Apartments. On Tuesday, members of the Statesville Police Department Investigations Division and additional officers responded to the apartment complex in an attempt to find the suspect. Barker was found hiding in a closet at this location and was taken into custody without incident.

The suspect was incarcerated in the Iredell County Jail where he remained as of earlier today (July 20) under $145,000 secured bond. A District Court appearance was scheduled today.