During the course of the stop, Deputies gained enough evidence necessary to search the car. While searching the vehicle, a concealed handgun and vacuum-packed bags of Marijuana were located. 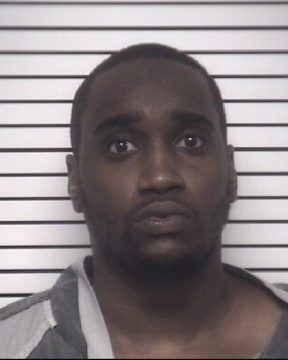 The suspect, 31-year old Muhammad Zakariyya Abdur-Rahim of York, South Caraolina began to resist and assaulted two deputies. One of the deputies attempted to use a Tazer, but it was unsuccessful.

Abdur-Rahim was able to get back into the vehicle and drive away from the deputies. The officers began pursuit on Interstate 77 South. Additional deputies responded and deployed stop sticks but the suspect was able to avoid them and continued onto Highway 21 South.

The subject continued to the Lowe’s Hardware parking lot. When the suspect exited the parking lot back onto Highway 21, he accelerated and rammed a Sheriff’s Office patrol vehicle.

Abdur-Rahim continued his attempt to flee. He turned into the Iredell County Health Department parking lot where his car became disabled. He then fled on foot for a short distance before deputies took him into custody.

A search of the vehcile uncovered a compressed brick of Fentanyl weighing 1.4 pounds. The Fentanyl has an approximate street value of 125,400.00 dollars.

While the deputies were processing Abdur-Rahim, they determined he is a convicted felon who was released from Federal Prison in 2019 after serving 70- months for firearm-related charges.

HE is being held in the Iredell County Detention Center under a secured bond of $500,000.

Sheriff Campbell added, “The amount of Fentanyl seized today is enough to potentially kill 250,000 people according to DEA research.