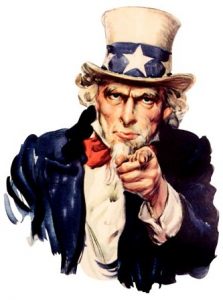 1813: The nickname “Uncle Sam” was first used as a symbolic reference to the United States. The reference appeared in an editorial in the New York’s Troy Post

1822: Brazil declared its independence from Portugal

1963: The National Professional Football Hall of Fame was dedicated in Canton, Ohio

1979: ESPN, the Entertainment and Sports Programming Network, made its debut on cable TV

1979: The Chrysler Corporation asks the United States government for US$1.5 billion to avoid bankruptcy

1996: Rapper and hip hop artist Tupac Shakur is fatally shot in a drive-by shooting in Las Vegas. He would die six days later

Weather: Another hot and humid day

New study says this is how to keep your Brain young https://studyfinds.org/exercise-protects-aging-synapses/

Timeout on the field for the Deer to exit https://www.yahoo.com/lifestyle/trio-deer-interrupt-high-school-153743239.html

Quote of the Day: “I think everyone should go to college and get a degree and then spend six months as a bartender and six months as a cabdriver. Then they would really be educated”…Al McGuire (Born this day in 1928)