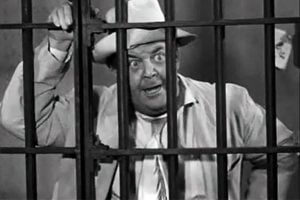 1916: The legendary Hal Smith was born this day. He will forever be remembered as Otis Campbell on the Andy Griffith Show

1932: Amelia Earhart becomes the first woman to fly across the United States non-stop

1968: France became the 5th thermonuclear power when they exploded a hydrogen bomb in the South Pacific

1989: Pete Rose of the Cincinnati Reds was banned from baseball for life after being accused of gambling on baseball

1981: Mark David Chapman is sentenced to 20 years to life in prison for murdering John Lennon

2006: The planet Pluto was reclassified as a “dwarf planet” by the International Astronomical Union

Weather: Sunny with a high around 85

Quote of the Day: “Nothing is as obnoxious as other people’s luck”…F. Scott Fitzgerald (Born this day in 1896)