It’s Dignity Day. Sometimes I wonder how dignified this job is

1814: The first documented performance of “The Defence of Fort McHenry” with music took place at the Holliday Street Theatre in Baltimore. It’s know today as “The Star-Spangled Banner”

1943: Streptomycin, the first antibiotic remedy for tuberculosis, is isolated by researchers at Rutgers University

1960: The United States imposes a near-total trade embargo against Cuba

1973: President Nixon rejects an Appeals Court decision that he turn over the Watergate tapes

2005: Saddam Hussein goes on trial in Baghdad for crimes against humanity 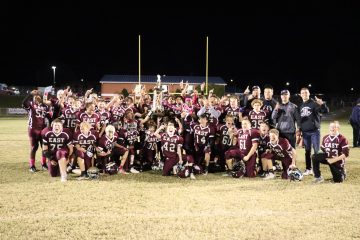 Trust in media has cratered https://news.gallup.com/poll/403166/americans-trust-media-remains-near-record-low.aspx

Quote of the Day: “I used to watch ‘The Waltons’ and sob because my family was nothing like that”…Paula Poundstone