It’s World Wide Web Day ! You ever use that ?

1790: The first U.S. census was completed with a total population of around 3.9 million

1834: Slavery was outlawed in the British empire 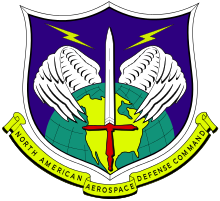 1957: The North American Air Defense Command (NORAD) was created by the United States and Canada

1978: A hitting streak of 44 games by Pete Rose ended in a game against the Atlanta Braves

Weather: Likely more clouds than Sun. Could be stormy this afternoon

Sports: Official practice for Fall Sports begin today in NC High Schools including ACHS…Brzykcy has another scoreless inning on Sunday…Baseball trade deadline looming Tuesday…Back to back for Finau…Reddick win on Indy road course…Bill Russell dies at 88

A lot of young people love Basketball. You can’t be a Basketball fan unless you know how great Bill Russell was https://apnews.com/article/bill-russell-nba-obit-48db4e1f37deb6e6574263c9f42dee46

Quote of the Day: “I read somewhere that 77 per cent of all the mentally ill live in poverty. Actually, I’m more intrigued by the 23 per cent who are apparently doing quite well for themselves”…Jerry Garcia (Born this day in 1942)