1914: The Federal Trade Commission was established in the United States

1933: Machine Gun Kelly surrenders to the FBI, he shouts out, “Don’t shoot, G-Men!”, which becomes a nickname for FBI agents

1950: U.N. troops recaptured the South Korean capital of Seoul from the North Koreans during the Korean Conflict 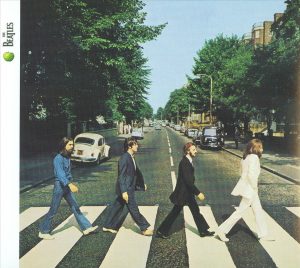 1969: Abbey Road, the last recorded album by the Beatles, is released

Weather: Sunshine and 75 today. Ian might head our way later this week

We better keep an eye on this storm https://apnews.com/article/storms-hurricanes-florida-cuba-evacuations-5ca1bc4f27ff637e94f0d6cfd906755e?utm_source=homepage&utm_medium=TopNews&utm_campaign=position_06

That big glow in the sky tonight is Jupiter https://www.msn.com/en-us/news/technology/jupiter-is-about-to-make-its-closest-approach-to-earth-in-59-years/ar-AA12fxYT

The home of Colonel Sanders is for sale https://nypost.com/2022/09/25/colonel-sanders-historic-restaurant-is-for-sale-and-kfc-isnt-happy/