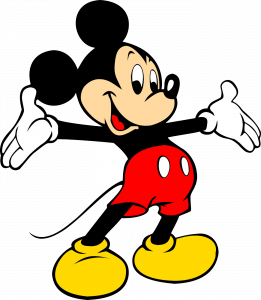 It’s Mickey Mouse Day. Mr Mouse made his debut as “Steamboat Willie” this day in 1928

Happy Apple Cider Day ! Head to Deal Orchards and get a jug. Thank me later

1883: The United States and Canada adopted a system of standard time zones

1903: A treaty was signed that granted the U.S. rights to build the Panama Canal

1969: Apollo 12 astronauts Charles “Pete” Conrad Jr. and Alan L. Bean landed on the lunar surface during the second manned mission to the moon

1978: In Jonestown, Guyana, Jim Jones led his Peoples Temple followers to a mass murder–suicide that claimed 918 lives including over 270 children

1999: At Texas A&M University, the Aggie Bonfire collapses killing 12 students and injuring 27 others

In the News: No injuries in Catawba County School Bus crash…Hiddenite man being held without bond…Four teens arrested after crime spree in Statesville and Yadkinville…Man facing felony larceny charges in Alexander County…Taylorsville woman charged with larceny…

Weather: A dry cold weekend in front of us

Quote of the Day: “Getting information off the Internet is like taking a drink from a fire hydrant”… Mitch Kapor