Happy Take a Walk Outdoors Day ! I’m on it, probably around 2pm

1841: The island of Hong Kong was ceded to Great Britain. It returned to Chinese control in July 1997

1887: The Senate approved an agreement to lease Pearl Harbor in Hawaii as a naval base

1892: The first official basketball game was played by students at the Springfield, MA, YMCA Training School

1942: Nazi officials held the Wannsee Conference accepting the “Final Solution” that called for exterminating Europe’s Jews. The film “Conspiracy” is a brilliant, fact based, film about the gathering https://en.wikipedia.org/wiki/Wannsee_Conference

1981: Iran released 52 Americans that had been held hostage for 444 days. The release occurred minutes after the presidency had passed from Jimmy Carter to Ronald Reagan

1994: Shannon Faulkner became the first woman to attend classes at The Citadel. Faulkner dropped out 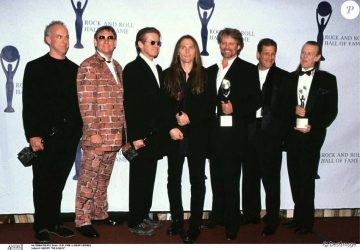 1998: The Eagles were inducted into the Rock and Roll Hall of Fame

Sports: Big conference games at home vrs Freedom tonight in the Cougar Den…NC State at UNC on Saturday highlights the ACC…Canes win but might have lost a key player…Panthers have chinwag with Sean Payton today…NFL Playoff front and center Saturday and Sunday

I find it difficult to believe anything Alec Baldwin ever says https://www.yahoo.com/entertainment/will-alec-baldwin-face-jail-time-involuntary-manslaughter-rust-case-215959646.html

Word of the Day: haulageway [ haw-lij-wey ] a passageway by which coal, ore, etc., is hauled to the surface from an underground mine