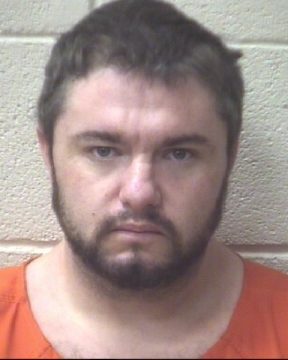 33-year old Brantly Lee Minton of Stony Point was taken into custody on Thursday for felony parole and felony probation violations. He was placed in the Alexander County Detention Center without bond. A court appearance is scheduled for September 19th in Taylorsville.

Minton is being held in a building that he crashed his vehicle into on September 11th, 2021. He led Alexander County Deputies, Taylorsville Police and the Highway Patrol on a chase that ended when Minton drove through the door of the sally port at the law enforcement center in Taylorsville. He was charged with a long list of charges.