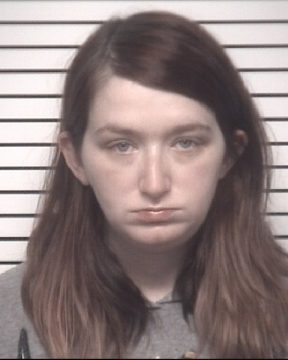 On Sunday, April 25, the Iredell County Sheriff’s Office received a call about a five-month old child in respiratory distress at a home located on Old Mountain Road, north of Troutman.

When the responding Deputies arrived on scene, Troutman Fire, and Iredell County EMS personnel were already at the location. The child was pronounced deceased.

Iredell County Sheriff’s Office Investigators responded to the address. The mother of the child, 26-year old Madison Cassidy Moore, was identified as a person in interest. A search warrant for the residence was conducted and items of evidence were seized.

The preliminary finding from an autopsy points to the cause of death as environmental hyperthermia. This is consistent with the suspect making statements about leaving her child in a car seat, inside the car, for several hours on Sunday.

Madison Cassidy Moore was arrested on on Thursday, April 29, 2021 for one count of Felony Involuntary Manslaughter.

Moore was confined in the Iredell County Detention with a secured bond of $75,000.00.