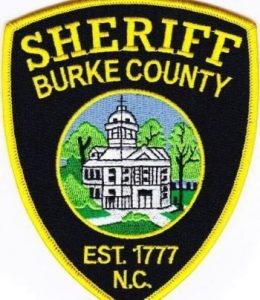 An officer-involved shooting is under investigation in Burke County. Just after 11:20 last night (April 21), Burke County Deputies were dispatched to a shots fired call at an address on Airport Rhodhiss Road. The reporting party said that one of her neighbors was trespassing on her property and someone was shooting in her direction.

Deputies arrived and identified themselves as they approached the porch of a residence. As the Officers were about step onto the porch, a male resident came out of the front door with a firearm pointed a Deputy’s head. Shots were exchanged. The resident said he had been shot and fell to the floor.

Deputies entered the residence and started to render aid until the Icard Fire Department and Burke County E.M.S. arrived. The man was transported to the hospital. His current condition is not known. The two Deputies were not injured.

In keeping with standard procedure, the North Carolina State Bureau of Investigation was called in to investigate. The Deputy involved in the shooting has been placed on administrative leave.