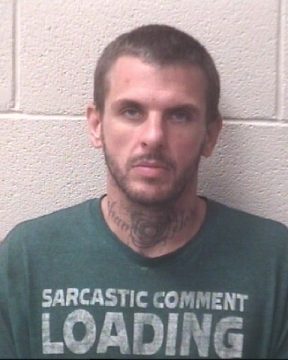 33-year old Dustin Wayne Sanders of Hudson was arrested Monday by the Alexander County Sheriff’s Office and charged with larceny/shoplifting by concealment. He was charged in connection with a reported theft from a business in Bethlehem. Sanders was placed in the Alexander County Detention Center under a bond of $1,500.