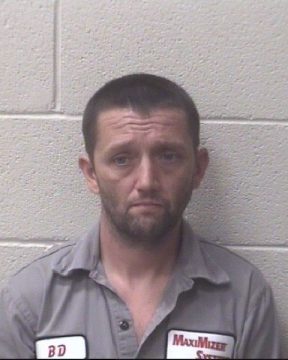 39-year old Benjamin David Fitzgerald of Hickory was arrested by Alexander County Sheriff’s Deputies on Wednesday and charged with a warrant from Iredell County. Fitzgerald was wanted on one count of felony larceny. He was placed in the Alexander County Detention Center.