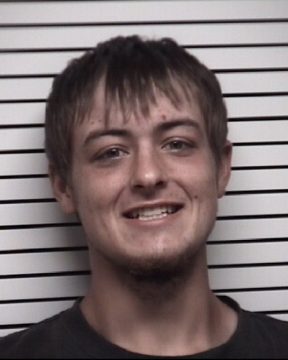 A Statesville man is charged with displaying a weapon and pointing it at a person last week. Iredell County Sheriff’s Deputies responded Thursday, February 28th to Sharon’s Discount Flea Market on Turnersburg Highway in reference to a suspect pulling a weapon at pointing it an employee. 21 year Christopher Gage Handy was identified as the suspect. Handy had been banned from the location on a previous date and was located and arrested.

Handy is charged with assault by pointing a gun, and misdemeanor second degree trespassing. The suspect was also served with an outstanding order for arrest for failure to appear in court. Handy was placed in the Iredell County Detention Center under a secured bond of $8,000.