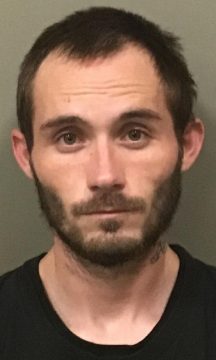 A Wilkes County man is in custody following a chase in a stolen vehicle.

On Tuesday, Wilkes County Sheriff’s Deputies and the North Carolina Highway Patrol arrested 27-year old Fred Hudson Walker III of Ferguson. Walker had led officers on a chase that began in Moravian Falls and ended on Highway 268. The chase cover some 25 miles.

Walker is charged with motor vehicle theft, larceny, damage to property, fleeing to elude arrest, failure to stop for blue light and siren, reckless driving to endanger, driving on wrong side of the road, speeding, failure to stop for stop sign, driving while license revoked, unsafe passing and three counts of failure to appear in court. He is being held in the Wilkes County Detention Center.