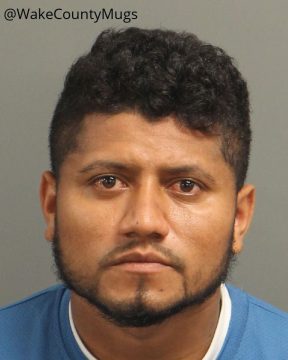 A man arrested earlier this week in Burke County has been charged with the murder of a Wake County Deputy.

Arturo Marin Sotelo, 29, of Apex is charged with murder in the killing of 48-year old Ned Patrick Byrd. Bryrd was a 13-year veteran law enforcement officer. He was gunned down in Raleigh in the late evening hours of Aug. 11. Another deputy found him shot outside of his patrol car. Byrd had responded to a domestic call earlier in the night less than a mile away from where he was found.

Sotelo was one of two men stopped by the NC Highway Patrol on Interstate 40 in Burke County on Tuesday, August 16th.

Also charged after the traffic stop was Alder Alfonso Marin, 25, who now is facing a federal weapon charge stemming from a July 2021 traffic stop in Chapel Hill. Reports indicate the two arrested are brothers.