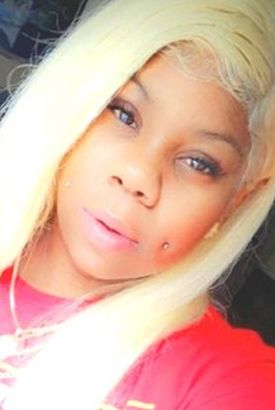 A suspect is still being sought in connection to a fatal shooting that occurred in Hickory in mid-May. The Hickory Police Department is continuing the investigation into the shooting that took the life of 27-year-old India Kynar “Semaj” Rice on May 13.

Just before 11 p.m. on that date, Hickory Police Officers responded to an address on 17th Street NW after receiving a 911 call that a woman had been shot at the residence. Upon arrival, officers found India Kynar Rice inside the residence with a single gunshot wound. Catawba County EMS responded and pronounced Rice deceased at the scene.

According to information gathered during the investigation, police determined that Rice and several other individuals were inside the home when an unknown person or people fired multiple rounds into the residence. The shots were fired from a passenger vehicle that was traveling on 17th Street NW.

Billboards have been placed in three locations around Hickory asking for the public’s help in solving the case. Published reports say the victim’s mother, Lanora Evans, took out some of her own money to pay for the billboards. They’re located along Highland Avenue NE, U.S. 70 East, and U.S. 321.

No suspect information has been released. Anyone with information regarding this fatal shooting is encouraged to call the Hickory Police Department at 828-328-5551.