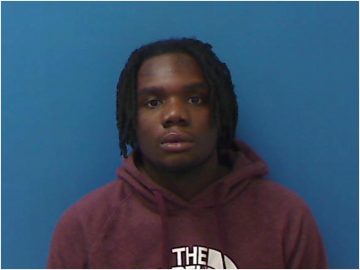 A Hickory man wanted for murder has been arrested.

21-year-old Quavius Shamond Izard was located in the Gamewell area of Caldwell County on Wednesday around 5:40 pm and taken into custody. Izard has already been charged by Hickory Police with the murder of 19-year old Omari Drovon Alexander. Alexander, a Lenoir-Rhyne Football Player from Charlotte was found shot to death last Saturday in Hickory. On Monday, 20-year-old Hailey Maureen Melanson of Conover was arrested and charged with felony accessory after the fact in connection to Alexander’s death. She is in jail with no bond.

Izard is being held without bond in the Catawba County Detention Center. He is scheduled to make an initial court appearance in Newton on Monday.