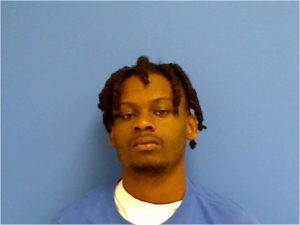 A Catawba County man who was involved in a 2018 shootout in Hickory will serve time in a federal prison.

25-year old Carlos Car’tre Ikard pleaded guilty to possession of a firearm in furtherance of drug trafficking in December. Two other drug charges and a weapons charge were dismissed as part of Ikard’s plea agreement . On Tuesday, the U.S. Attorney’s Office for the Western District of North Carolina announced Ikard has been sentenced to five years in prison and three years of probation.

Ikard caught the attention of authorities in July 2020 when he posted photos of himself with several guns at a time when he was on supervised release, the U.S. Attorney’s Office said.

Officers seized weapons, oxycodone pills and marijuana from Ikard’s vehicle. A search of his phone and Snapchat account revealed pictures of Ikard with the firearms and messages in which he set up drug sales.

Ikard has a long of history drugs and weapons charges in Hickory. He was one of six charged in connection with the April 2018 shooting in the parking deck next to what was then The Vault Bar and Lounge. The shooting left 20-year-old Antonio Watts dead and three other men injured.

Ikard pleaded guilty to possession of a firearm by a felon in August 2018.