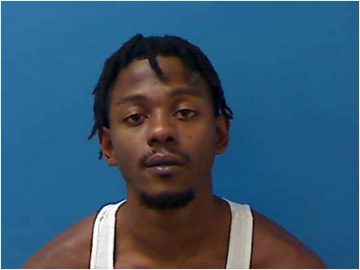 Ryheiem Kriztyle Snipes, age 22 of Hickory, was arrested this morning by Hickory Police and charged with discharging a weapon into occupied property. He is being held in the Catawba County Detention Center under a secured bond of $50,000. No other details have been released. Snipes is scheduled to make an initial court appearance today in Newton.