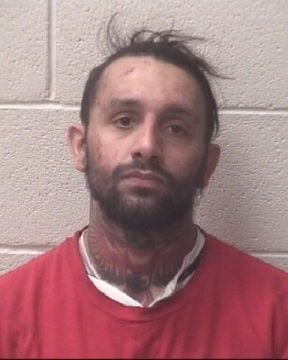 Darvis James Stacy, age 33 of Hickory, was arrested Thursday by Alexander County Sheriff’s Deputies. Stacy was served with a Catawba County warrant for failure to appear. He failed to appear on charges of possession of a firearm by a felon and driving with license revoked. Those charges were filed by Hickory Police in September. Later in September, Stacy was arrested in Alexander County and charged with felony assault with serious bodily injury and a misdemeanor count of assault with a minor present.

Stacy’s next court date is scheduled for December 12th in Taylorsville.