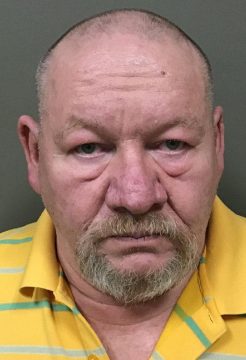 A Wilkes County pastor will serve 20-29 years in prison after pleading guilty to statutory sex offense with a child.

59-year old Rodney Dean Luffman also pleaded guilty to three counts of indecent liberties with a child and one count of first-degree sex offense with a child.

Luffman agreed to an Alford Plea meaning he pleaded guilty while not admitting guilt. He was charged in cases involving three males and two female juvenile victims for offenses that mostly occurred at Luffman’s home on Pleasant Ridge Road in the State Road Community. The offenses mostly occurred between 2000 and 2015. One of the victims was as young as 4 and another as old as 16. Luffman was friends of the families of two of the victims through his church.

When charged in 2020, Luffman was pastor at Open Arms Outreach Ministries, a non-denominational church in Elkin. The church has since closed.

Luffman has remained in the Wilkes County Jail since his arrest and will be granted credit for time served against his sentence.