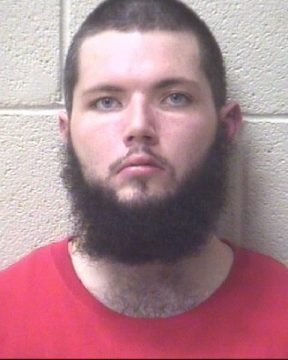 Alexander County Sheriff’s Deputies were called to a location in the Bethlehem Community Saturday evening in reference to complaint of a subject identified as 22-year old Joseph Douglas Paige of Hiddenite. He was charged with disorderly conduct, second-degree trespassing and resisting arrest. Paige was released from custody with a bond set at $2,500. A September 26th court date is scheduled.