Iredell County Sheriff Darren Campbell has announced that Sgt. Gina Cranford has been promoted to lieutenant and will be the supervisor of the school resource officer division. 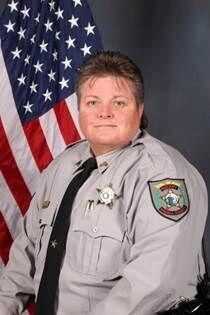 Cranford attended Wilkes Community College Basic Law Enforcement Training in 1993. Upon completion, she joined the Taylorsville Police Department and then later became a corrections officer for the North Carolina Department of Public Safety. She left corrections in 1998, deciding to return to law enforcement. That year she attended School Resource Officer training and was DARE instructor certified in elementary and middle school curriculums. Throughout her 10 years with the Taylorsville Police Department, she served as a sergeant both on patrol and working in the schools building relationships between students and law enforcement.

In 2008, Cranford became a deputy with Iredell County Sheriff’s Office. She served the citizens as the school resource officer at Lake Norman High School. The sense of duty she demonstrated at the largest school in the county prepared her to serve as a detective with the Criminal Investigations Division, Campbell said.

Cranford has 26 years of law enforcement experience and has earned her Intermediate and Advanced Law Enforcement certificates.