The Alexander County Sheriff’s Office has filed 12 additional charges against a Taylorsville man who they arrested last week. 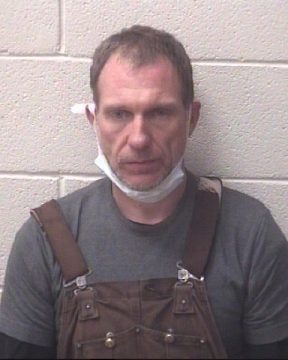 Shaw was arrested after a report of a suspicious person on Woodring Lane in the Bethlehem Community on Wednesday, January 12th. Officers responded and found the caller had stopped the suspicious person near some storage units. Officers located a Chevrolet Silverado with a trailer displaying a Georgia license plate. After running a vehicle registration search on the trailer, it was reported as stolen to Hickory Police. A search of the vehicle yielded various stolen tools, as well as lock-picking equipment. Following a brief investigation, officers detained Shaw.

On January 14th, Alexander County investigators obtained search warrants for Shaw’s home and a storage unit rented in his name. As previously reported, over $60,000 dollars of stolen items were found.

Shaw is now being held in the Alexander County Detention Center with a secured bond of $220,000. Bowman says more charges are possible as the investigation continues.