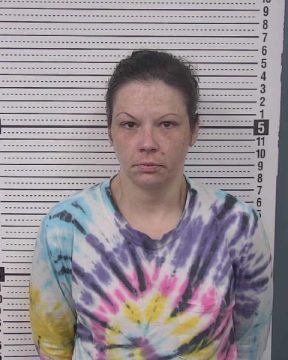 Narcotics Agents with the Caldwell County Sheriff’s Office have made an arrest of a suspected heroin trafficker.

35-year old Amber Dawn Harris of Morganton was arrested and charged with Trafficking in Heroin. She was placed in the Caldwell Detention Center under a $25,000 secured bond.

On Wednesday, August 3rd at approximately 11:00 A.M. Harris was stopped driving a 1995 Toyota Camry on Cajah Mtn. Road in Lenoir. During the interaction, a Caldwell County Sheriff’s Office K-9 was utilized and alerted to the odor of Narcotics coming from the vehicle. A search of the vehicle by Narcotic Agents reveled approximately 10 grams of Heroin and 1 gram of Methamphetamine.