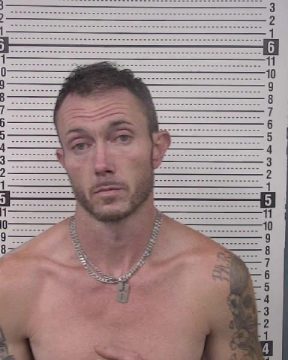 On September 8, investigators with the Caldwell County Sheriff’s Office conducted a follow up related to numerous Motor Vehicle Thefts in Collettsville. At the arrival of Investigators, a white male later identified as Timothy Wayne Bolick, age 39 of Lenoir, fled into the residence. Investigators located in the driveway to the residence a Cherry Red 2019 Chevrolet Colorado and a what appeared to be a Blue Yamaha Motorcycle. Investigators determined that the Chevrolet was reported stolen from Hickory on August 20th. The motorcycle and determined that the motorcycle was reported stolen in Wilkes County on August 18th.

Investigators obtained a search warrant for the location and search was made. During the search Bolick was located. A further search of the house revealed 39 Grams of Methamphetamine, a shotgun, a 9mm handgun, and the keys to both the stolen motorcycle and the Chevrolet Colorado. The Methamphetamine recovered has street value of $5,970.00 according to North Carolina State Guidelines.

Timothy Wayne Bolick is charged with: 2 counts of Possession of a Stolen Motor Vehicle, 2 counts of Possession of Firearm by Felon, Altering a Stolen Motor Vehicle, and Trafficking Methamphetamine. He is currently in the Caldwell County Detention Center under a total $225,000.00 in Secured Bonds and his first appearance is set for 09/12/2022 in District Court in Lenoir, NC. Bolick was also served with outstanding warrants for arrest for Assault on a Government Official and Resisting a Public Officer.