A joint investigation by the Alexander County Sheriff’s Office and Taylorsville Police Department began in January 2022 after a tip was received from law enforcement in Houston, Texas. This tip came to the Alexander County Sheriff’s Office in reference to the production of child pornography and child enticement. Shortly after the tip was received, the Taylorsville Police Department was notified. 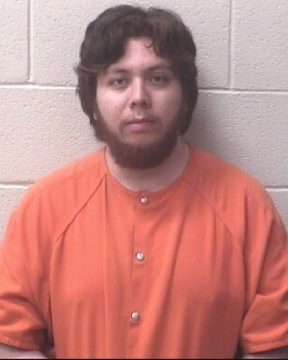 Rosso is currently charged with the following:
5 counts of Felony First Degree Sexual Exploitation of a Minor
(Production of Child Pornography)
5 counts of Felony Disseminating Material Harmful to a Minor
1 count of Felony Solicit Child by Computer
Rosso was also served with warrants from Wake County, NC.

Rosso is currently being held at the Alexander County Detention Center under a $3,250,000 secured bond. The investigation is ongoing.

The priority of both Alexander County Sheriff’s Office and Taylorsville Police Department is to keep children safe, not only within our jurisdiction, but nationwide. This case could not have come together without the teamwork of all agencies involved across the nation.