Another man has been arrested as the result of the investigation into a shooting incident earlier this week in Alexander County. 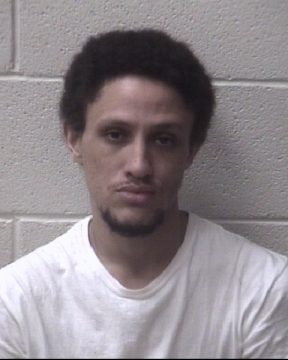 On Thursday, 29-year old Christopher Lashone Fox of Taylorsville was taken into custody by the Alexander County Sheriff’s Office. As the result of a search warrant, Fox was charged with felony possession of marijuana, and felony maintaining a vehicle/dwelling/ place for controlled substance. A significant quantity of marijuana was found as the result of the warrant being served.

No direct charges has been filed against Fox with regards to the shooting incident Wednesday when a male and a female were shot while in a vehicle in the Wittenburg Community. Both shooting victims were treated and released for their gunshot wounds. Three male suspects have been charged in connection to that incident. They all remain in custody.

The investigation into the shooting in ongoing.