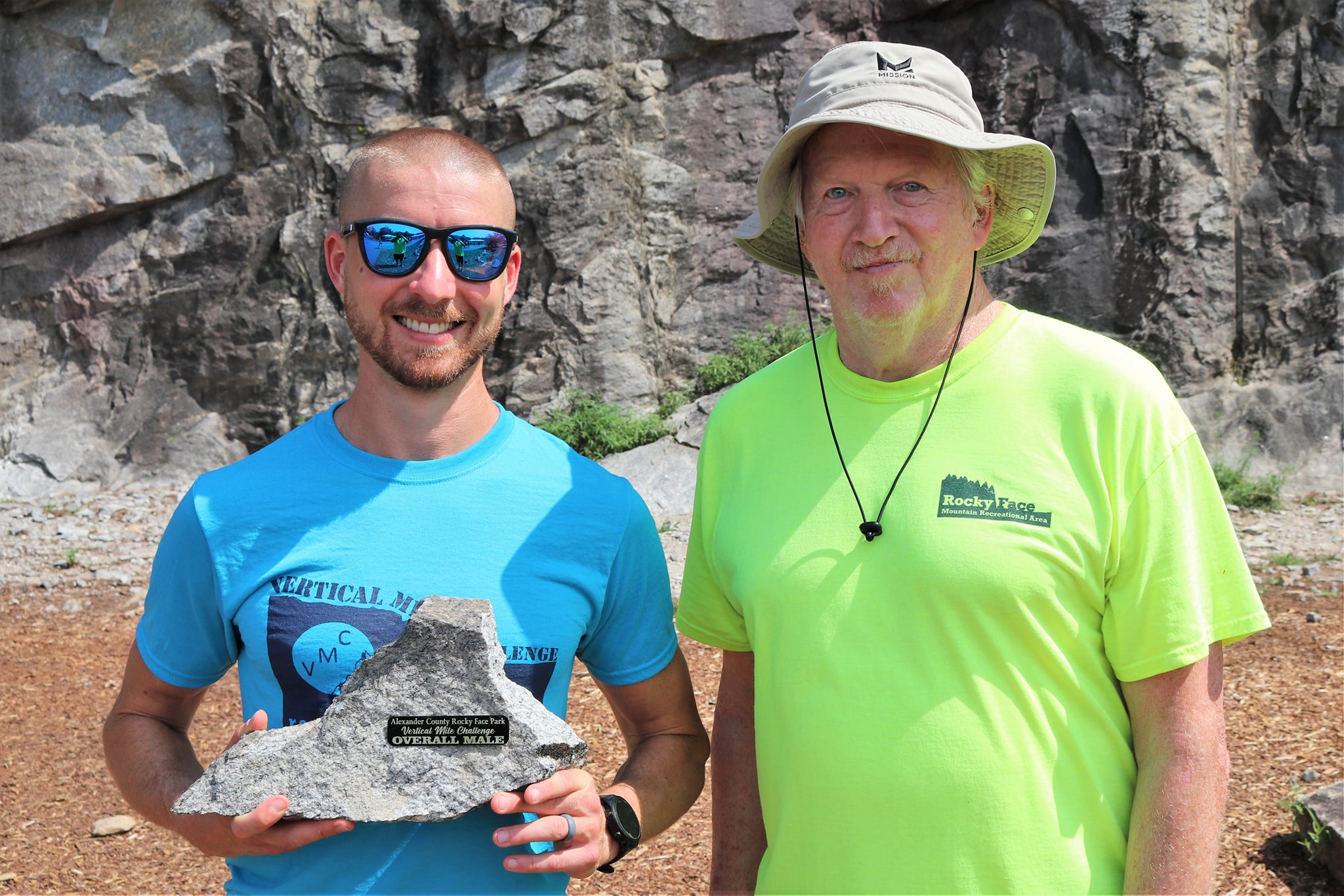 Josh Stone, age 31 of Bethlehem, was the overall winner of the VMC (8 loops/16 miles) with a time of 2:32:55. A regional running enthusiast, Stone said this was his first trail race, which makes winning this extreme trail race even more impressive. Barry Thomas, age 37 of Hickory, placed second at 2:46:10, with Will Gelling, age 39 of Mooresville, in third place at 2:47:25.

Awards were also presented to the top runners from Alexander County. Will Boggs, age 31 of Hiddenite, won the first-place male award (not including the overall winner) with a time of 3:59:07. Josh Stone won the fastest first lap for a male award with a time of 16:59. There were five runners from Alexander County in the VMC, with no local females competing in the 16-mile race.

A number of special awards were also presented to competitors who worked especially hard or exhibited major enthusiasm during the race.

“It’s exciting to have runners from all across North Carolina and even other states compete in this amazing event,” said Rick French, race director. “I’m proud of Josh Stone for representing Alexander County and for being the first local resident to win this very difficult race. I appreciate everyone who competed and volunteered to make this race possible. It was a great day at Rocky Face Park.”

The VMC race consists of eight 2-mile loops for a total of approximately 16 miles, all while ascending and descending a vertical mile (approximately 5,000 feet). Each loop, runners climb the “Stairway to Heaven” trail, which is a half-mile long with an elevation change of more than 500 feet at a 25 to 30 percent grade.

View photos on Rocky Face Park’s Facebook page at www.facebook.com/rockyfacepark or on Google Photos at www.bitly.com/2021-vmc.

The 2nd Annual Vertical Night Challenge is set for Saturday, October 2 at 6:00 p.m. for a unique twist on the VMC experience. Runners will wear head lamps for most of the race. There will be an 8-miler (4 loops) and a 16-miler (8 loops). Online registration is live at www.ultrasignup.com/register.aspx?did=82963.