Monday morning, at approximately 3:36 A.M., Hickory Police Officers responded to the Budget Inn Express 484 Highway 70 SW in reference to two people being shot in a room. Upon arrival, officers located a 37-year-old male, Christopher Scott Burton with a gunshot wound to his arm and a 46-year-old female Carlie Rene Burton with a gunshot wound to her chest. The two victims were transported to Catawba Valley Medical Center where they were treated for their injuries and released. 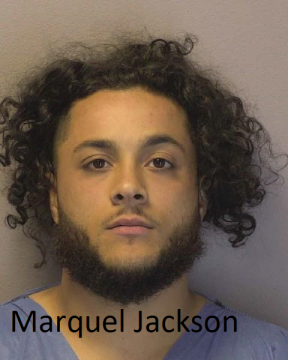 At approximately 3:43 A.M., officers responded to the 900 block of Highway 70 SW in reference to a third shooting victim. Upon arrival, Officers located a 25-year-old Marquel James Jackson, with a gunshot wound to his right leg.

During the investigation, it was determined that Jackson and three black males went to the Budget Inn Express with the intent to rob Christopher Burton and Carlie Burton. Jackson and two of the males walked to the victim’s room while the third male remained in the driver’s seat of the vehicle.

Christopher Burton attempted to flee the room when the suspects entered and was shot in the arm by 25-year old Olajawan Hairston. Hairston then shot Carlie Burton in the chest and shot the Burton’s dog. The third male that entered the room has been identified as Raheem Cordeigh Hauser, age 26. The suspect that remained in the vehicle has not been identified at this time. 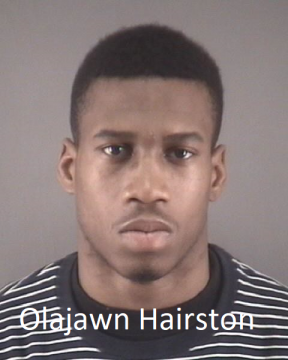 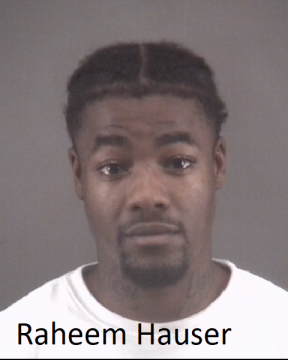