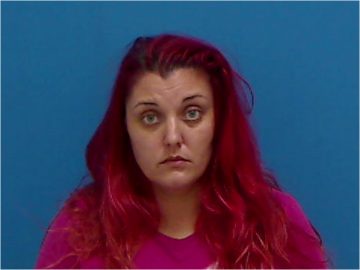 A woman has been charged with the murder of a 4-year old girl in Catawba County.

34-year old Chelsea Lee Crompton of Marshall was arrested on Friday in Madison County. She is charged with the murder of Hazel Lidey of Vale.

The Catawba County Sheriff’s Office says they were called to a residence in the Vale Community on November 17th in reference to an unresponsive girl. The child was reported by EMS to have suffered trauma-related injuries, due to the presence of bruising all over the body according to a search warrant.

Lidy was flown to a regional trauma center where she died on November 21st.

Media reports indicate the Crompton was the girlfriend of the victim’s father who has not been charged.

Crompton is being held without bond in the Catawba County Detention Center with an initial court appearance set for Monday, November 28th.