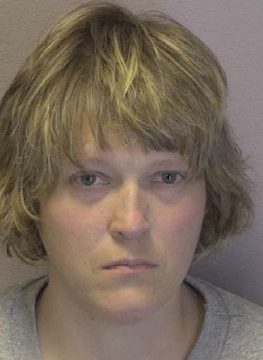 A woman was charged after investigators say she made a false report of a bomb at Walmart in Morganton and Hickory on Wednesday.

Haley Wright Raper, 37, of Vale, was charged with felony making a false bomb report to a public building.

The charges came after a Walmart employee received a call on Wednesday afternoon from a woman who said there was a bomb in the women’s restroom. The store immediately was evacuated. Police and fire personnel performed a safety sweep of the store and determined the threat to be a hoax. The investigation led to Raper as a suspect and arrest warrant was issued.

Raper was arrested Thursday evening by Hickory Police Officers. Raper has five counts of cyberstalking and a count of stalking also pending in court.