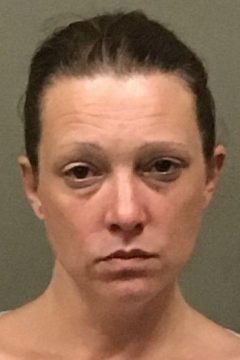 A Wilkes County woman will serve 44-65 months in prison after pleading guilty to voluntary manslaughter in Superior Court. Rachel Leigh Palmer Bentley, 38, of Roaring River, will be given credit for nearly a year already spent in jail.

Bentley was charged in the Aug. 2, 2020, shooting death of Dwight Kelly Payne, 44, of Boomer. Payne died on Bentley’s front lawn.

Court records show Bentley secured a temporary restraining order on July 10, 2020, requiring that Payne stay at least 250 feet away from her or her children and that he not threaten, harass or intimidate Bentley at home or at her workplace.

Bentley also took out a temporary restraining order on Payne on March 2020, but it was dismissed when she failed to appear in court.