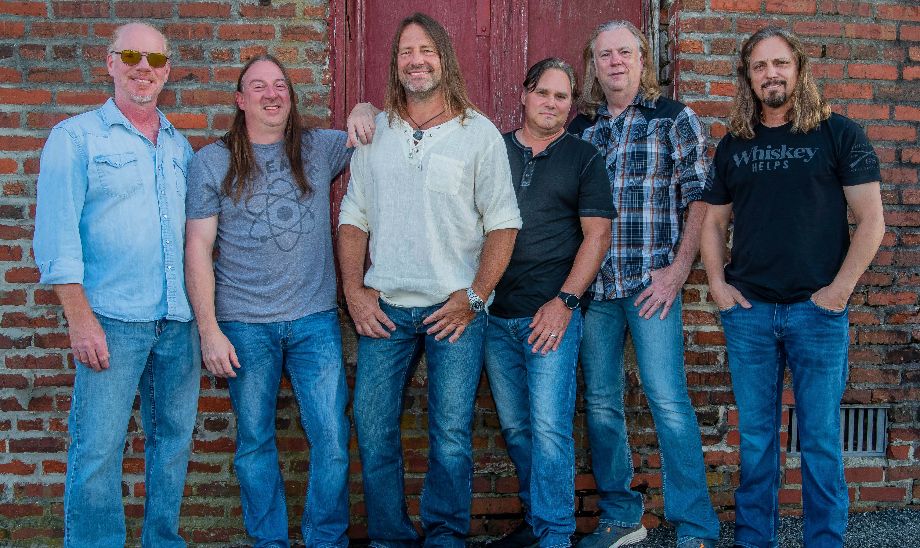 On The Border will treat the audience to an authentic concert experience while journeying through The Eagles’ songbook. The band covers every big hit, from ballads such as “Desperado” and “Lyin’ Eyes” to rock hits such as “Life in the Fast Lane” and “Heartache Tonight” with such accuracy that listeners are amazed. The band has entertained at major concert venues and festivals around the country and has even performed at the famous “Whisky a Go Go” in Los Angeles.

Each member of On The Border was selected to emulate both the sound and overall feel of each member of The Eagles. Their passion, showmanship, and precise attention to replicating the details of The Eagles’ music has earned them critical acclaim, name recognition, and a loyal following.  Together, they reproduce The Eagles catalog with stunning guitar work, multi-lead vocals, and six-part harmonies which make you feel like you’re attending an Eagles concert.

During the concert at Courthouse Park, families can enjoy food trucks, a fire station bounce house, a large inflatable slide, and the park’s popular splash pad which will help cool off the kids.

Following the concert, there will be a crowd-pleasing, patriotic fireworks display beginning at approximately 9:45 p.m. at Alexander Central High School, near Cougar Stadium. The best locations to view the fireworks will be in parking areas at the high school, the county administration building, the board of education, the county senior center, and other nearby lots.