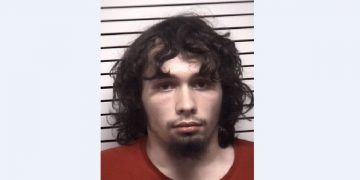 Two people have been arrested in connection to a church break-in in Iredell County.
The incident was reported at the Bright Light Baptist Church on Trinity Road according to a release from Iredell County Sheriff’s Office. A caller indicated he saw two males running from the church through the cemetery and was able to provide police with a description.

Two people matching the description were located on Midway Road a short distance from the church. Deputies asked the two young men for identification and determined one of the suspects was 12 years old. The other suspect was identified as Jonathan Whitney Ridgeway, age 19. Officials say Ridgeway attempted to flee from the deputies but was apprehended. Both suspects were searched and items stolen from the church were located.