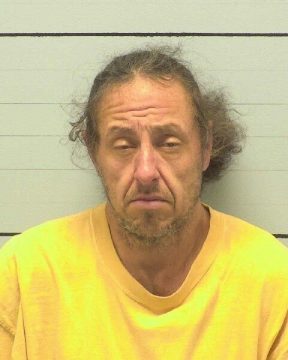 Burke County Deputies are searching for a man that caused two Burke County elementary schools to go into a soft lock down Wednesday afternoon.

Craig Herman Lytle, 46, of Morganton, is being sought after a report of trespassing on Powerhouse Road according to a release from the Burke County Sheriff’s Office.

Lytle, who is described as white male who stands 6-foot, 2-inches tall and weighs about 196 pounds with long brown hair and brown eyes, is considered a person of interest in setting those fires, and also is wanted on two outstanding warrants for failure to appear on unrelated matters, the release said.
Lytle is considered dangerous.

W.A. Young and Glen Alpine Elementary Schools went a soft lock down around 12:30 p.m. The lock down was lifted around 1:30 p.m.