Two men have been charged in a June 2 shooting in Hickory that left an 18-year-old dead and two others injured wounded. 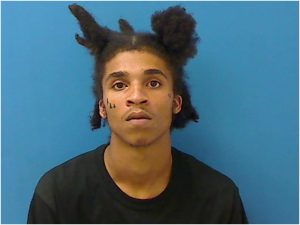 Hickory Police have charged Hickory residents Keon Rashan Scott, 28, and Yorel Damir Scott, 22. They are both both facing possession of a firearm by a felon charges in connection with the shootings at the Hillside Garden Apartments.

18-year-old Deveion Lasean Grayson died as the result of a gunshot wound to the head. A 19 year-old and a 22-year year-old suffered gunshot wounds as well.

Yorell Damir Scott is being held without bond in the Catawba County Detention Center. Keon Rashan Scott is not listed as an inmate as this morning.