Both buildings were evacuated with no explosive device found.

42-year old Rex Leroy Locke of Troutman has been charged by the Iredell County Sheriff’s Office. 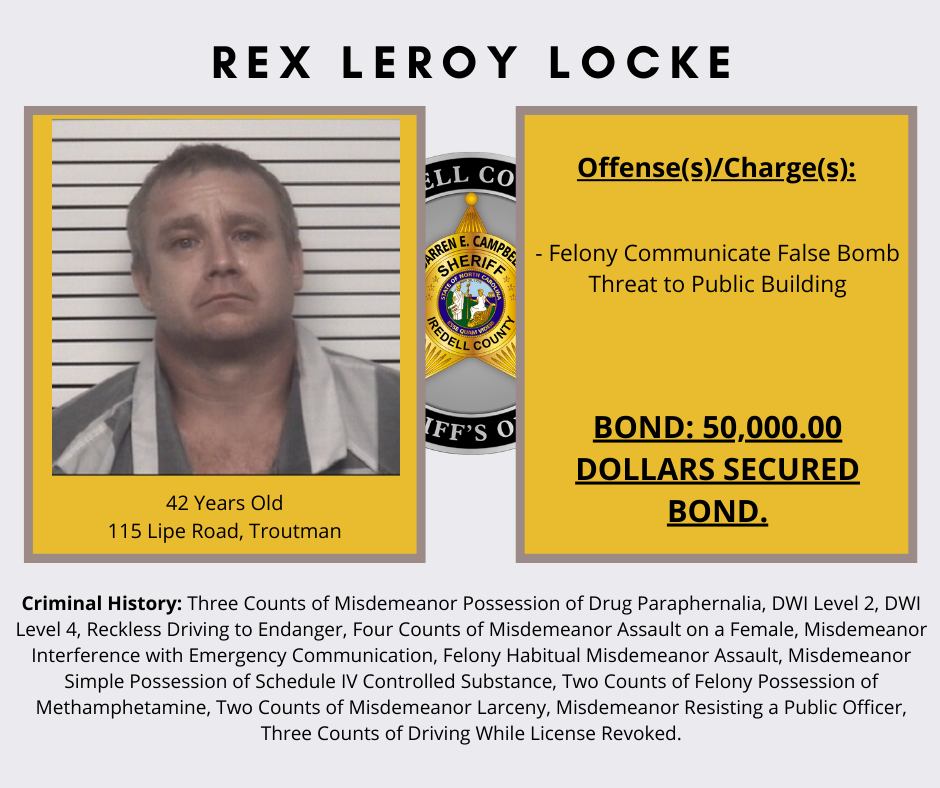