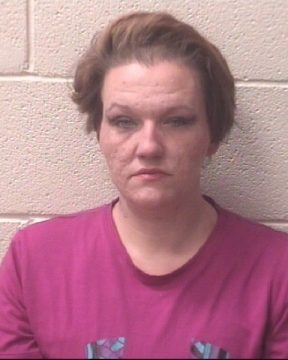 Amy Nicole Adkins, age 31 of Taylorsville, was arrested Thursday by the Alexander County Sheriff’s Office on charges of larceny, second-degree trespass, and a fugitive warrant from another state. Adkins is being held in the Alexander County Detention Center with a secured bond of $31,000. She is scheduled to make a Taylorsville court appearance on Monday, December 7th.