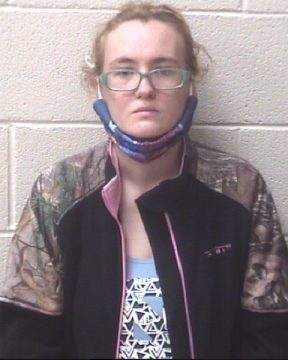 A Taylorsville woman is in jail on a series of felony charges including child abuse.

30-year old Heather Michelle Watson was taken into custody by the Alexander County Sheriff’s Office on Monday and charged with misuse of the 911 system.

Taylorsville Police Officers and Alexander County Sheriff’s Deputies were notified that Watson’s two children had become ill from ingesting drugs belonging to their parent or parents. The children were transported to an area hospital for treatment. No details have been released regarding the children’s condition.

Watson has been served with warrants by Taylorsville Police for felony possession of methamphetamine, two counts of felony intentional child abuse with serious injury, two counts of contributing to the delinquency of a minor, second degree trespass, and misdemeanor larceny.

Watson is being held in the Alexander County Detention Center with a secured bond of $223,500. She is scheduled to appear in District Court on Monday in Taylorsville.