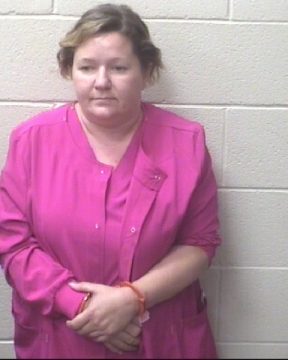 45-year old Melanie Rachel Slate of Taylorsville is facing charges of possession of a controlled substance on jail premises. Slate was initially charged Monday Morning with driving while impaired by the Alexander County Sheriff’s Office. She was later found to be in possession of unspecified controlled substances at the jail. She was placed in the Alexander County Detention Center with a secured bond of $7,500. A court date on Monday, June 28th is scheduled.