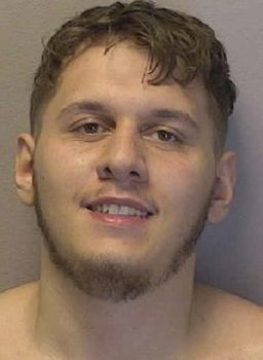 18-year-old Caeson Shayne Cannon of Taylorsville was arrested this morning by Hickory Police.

Cannon faces a charge of felony possession, sale, or purchase of a gun with an altered serial number. The charge came after Hickory Police conducted a traffic stop at a business on 2nd Avenue S.E. During the stop, Officers were told of a shots-fired call in the same area. Cannon’s vehicle matched the vehicle description from the shots-fired call. During the investigation, Officers found an AR-15 with no serial number.

Cannon was process and later released to the custody of his father.